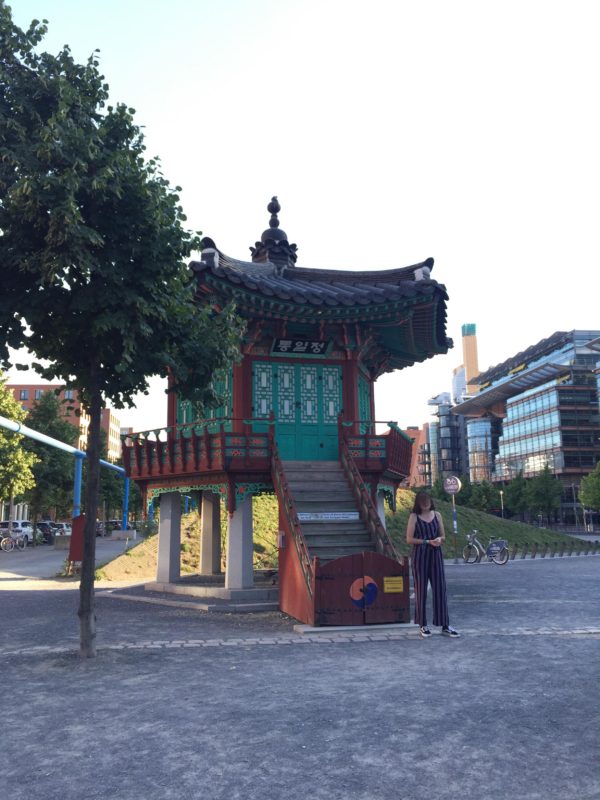 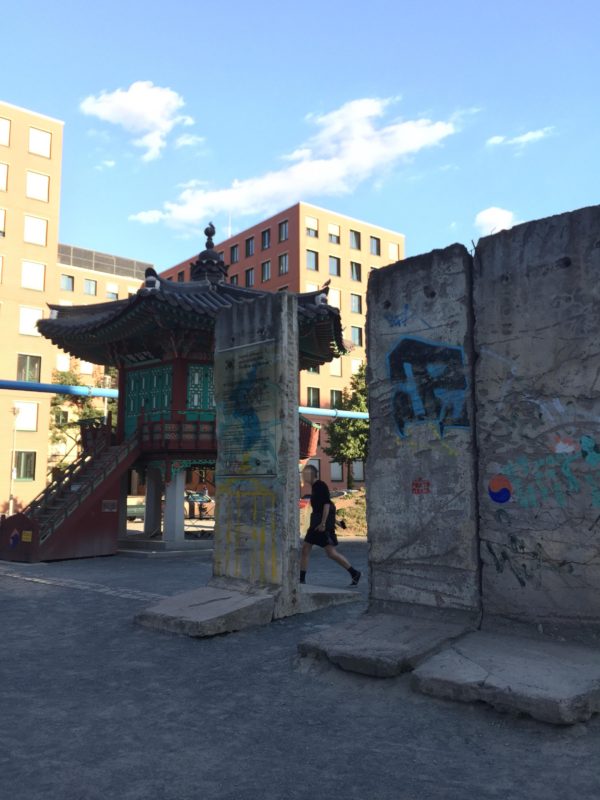 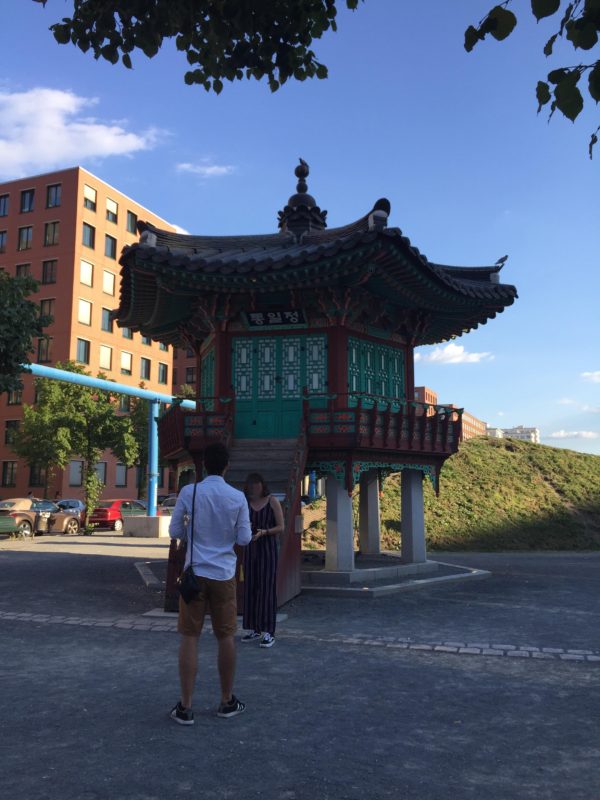 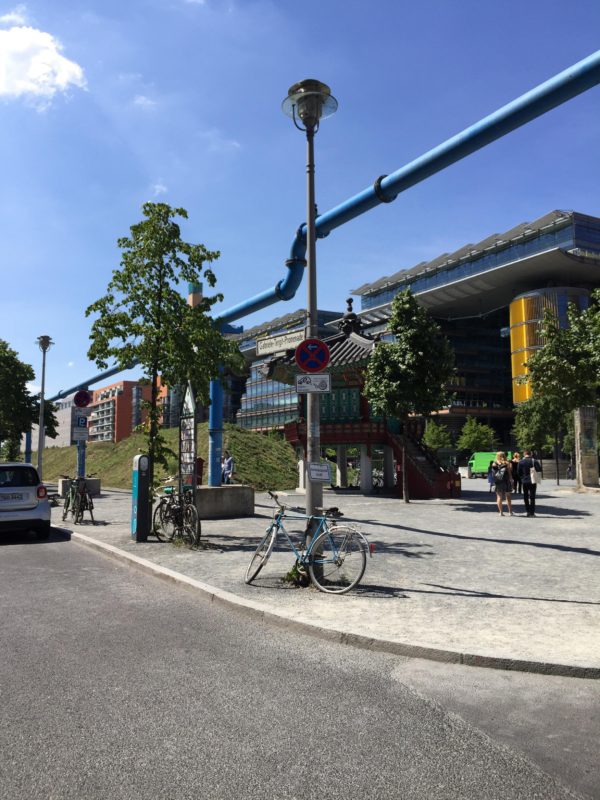 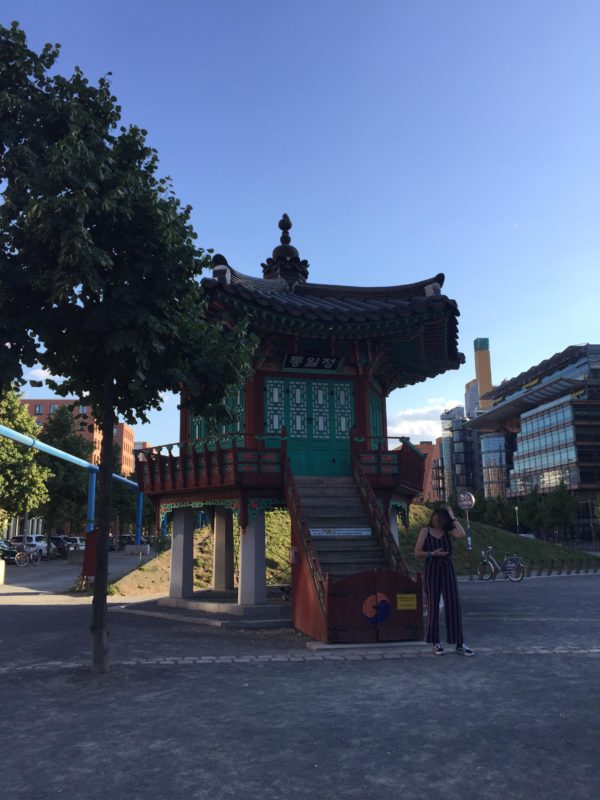 The Pavillon der Einheit (Pavilion of Unity), also called Korean pavilion in the Berlin vernacular, is a monument on Potsdamer Platz in Berlin – Mitte.  The easiest way to get to the pavilion is via the S-Bahn and U-Bahn Station Potsdamer Platz.

In the centre of Berlin at Potsdamer Platz stands the pavilion of the unit.  He symbolizes the German reunification and the hope for a peaceful union of the Korean peninsula.  It is located at the beginning of the Tilla-Durieux-Park.  This particular green area is rotated on the slope along the longitudinal axis, so that the highest points are located at the southwest and northeast end of the park.  In the Berlin vernacular, it is also called “oversized lawn cushions” or “urban sofa” and many Berliners are likely to to relax, sunbathe or simply stay there.

The eight-meter-high pavilion stands in all its magnificent decorations right in the center of Berlin on Potsdamer Platz, which is known for its huge cultural and shopping offer.  Here you will find, for example, the LP12 Mall of Berlin and the Potsdamer Platz Arkaden.  The hexagonal building is modeled on the Sangnyangieong from the Changdeokgung Garden of the Joseon Dynasty.  You can admire the original in the South Korean capital Seoul.  Background of the establishment was the 2015 celebrated anniversary, at which the 25th anniversary of German reunification and the 70th anniversary of Korean independence, at least the South Korean one.

If the Potsdamer Platz is not already on your to-do list anyway, we highly recommend you to visit and also to make a small detour to the Pavillon der Einheit.  It is definitely worth it, as parts of the Berlin Wall were also installed next to it. 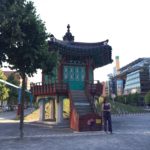 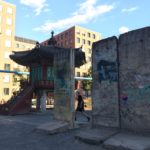 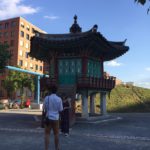 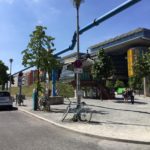 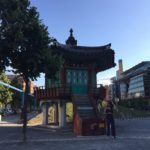