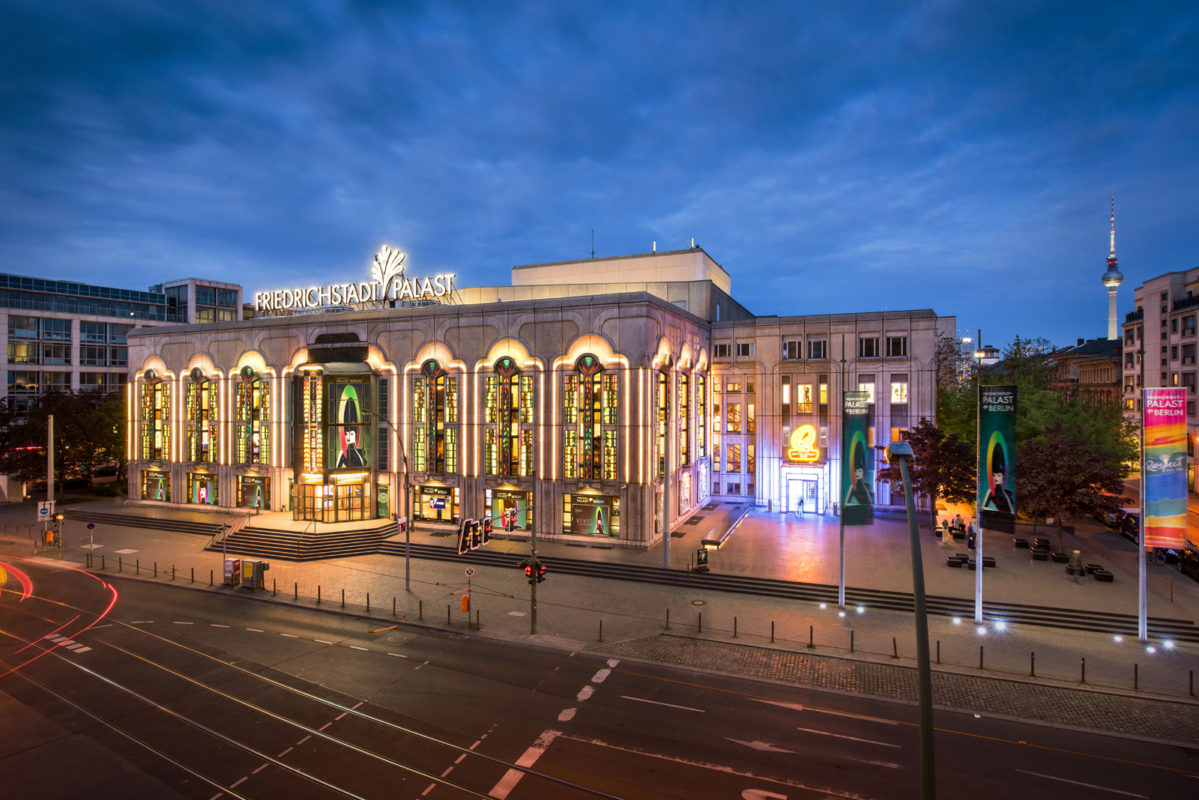 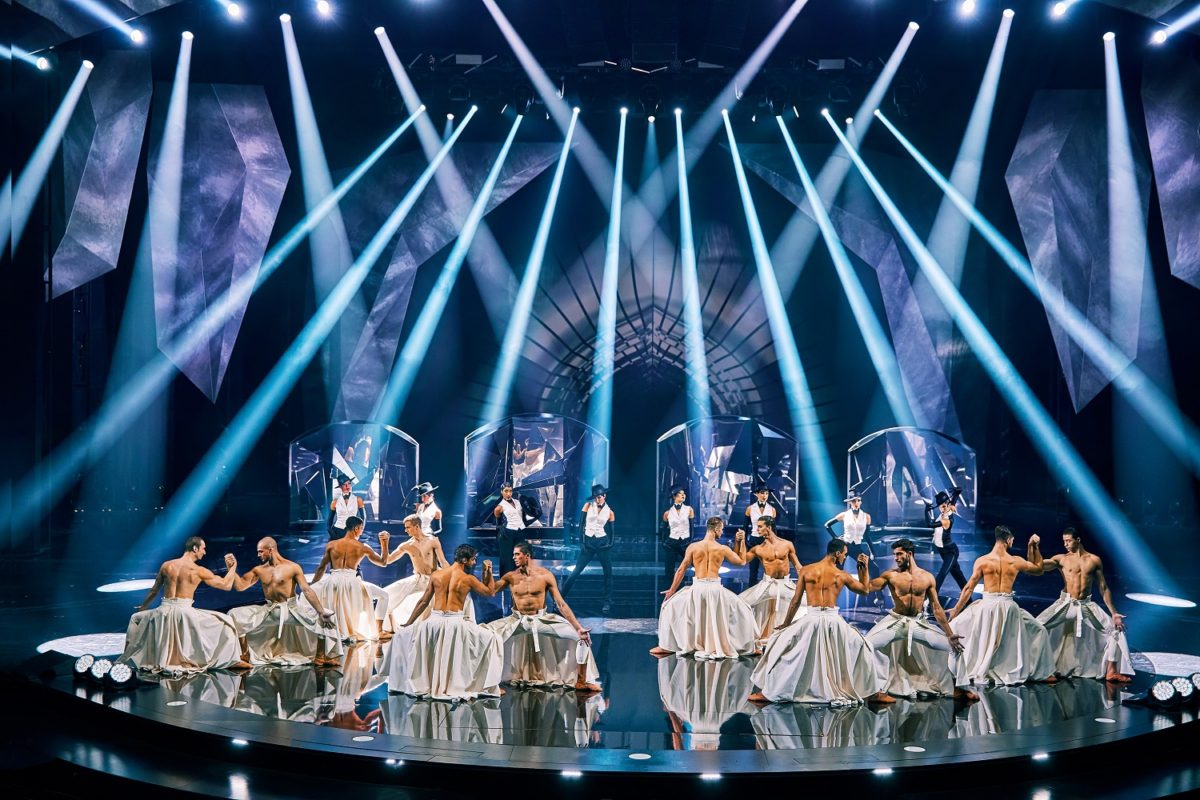 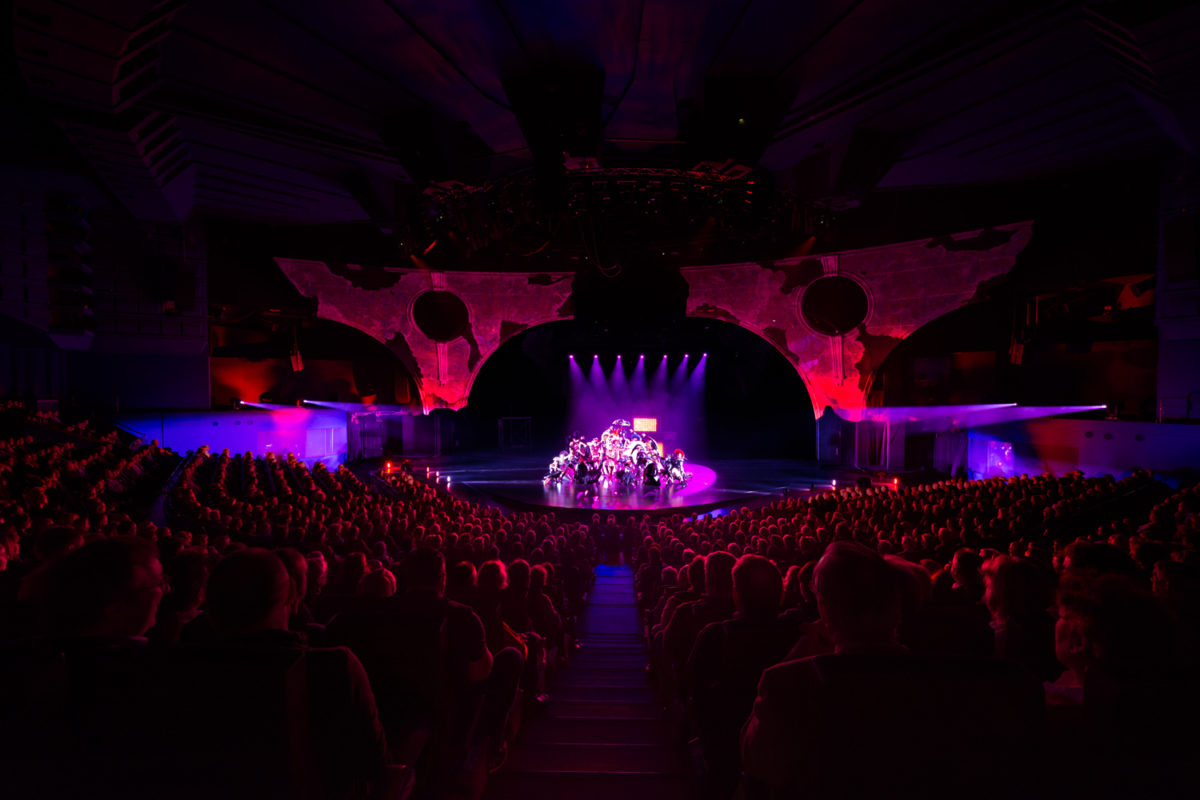 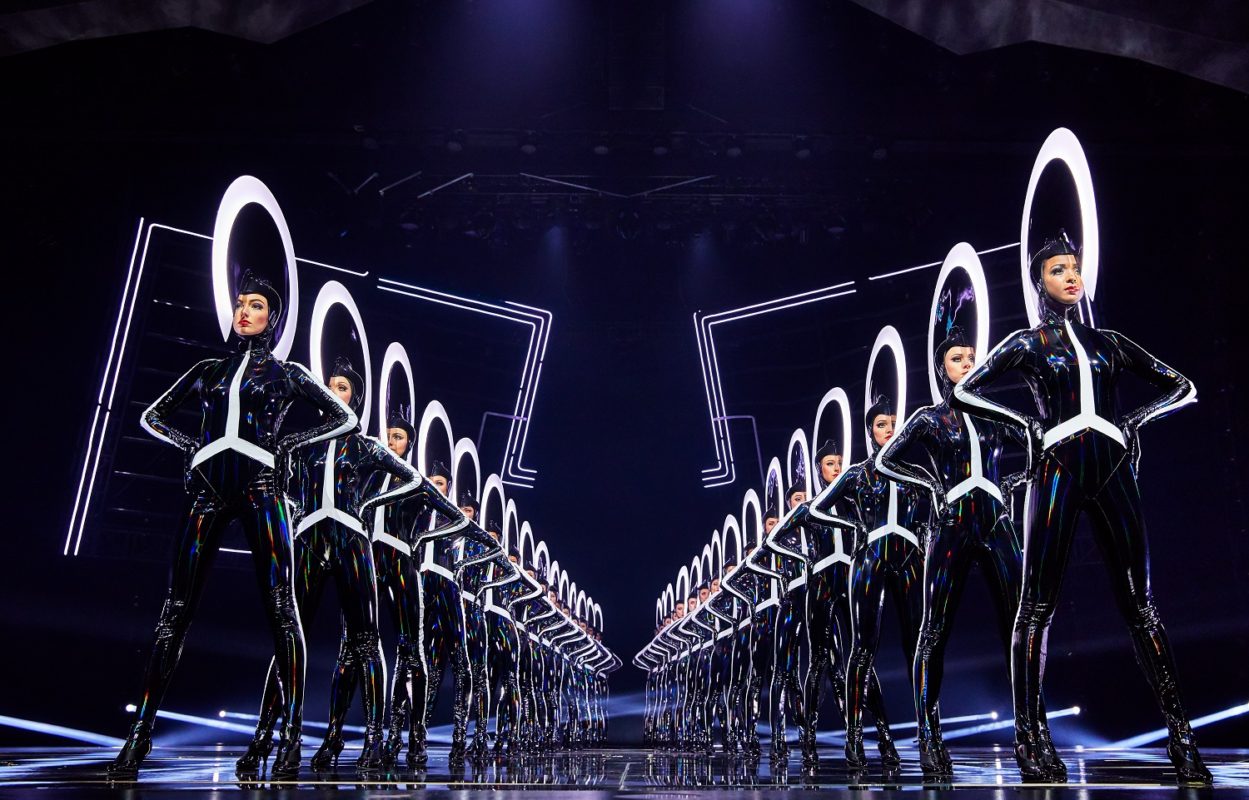 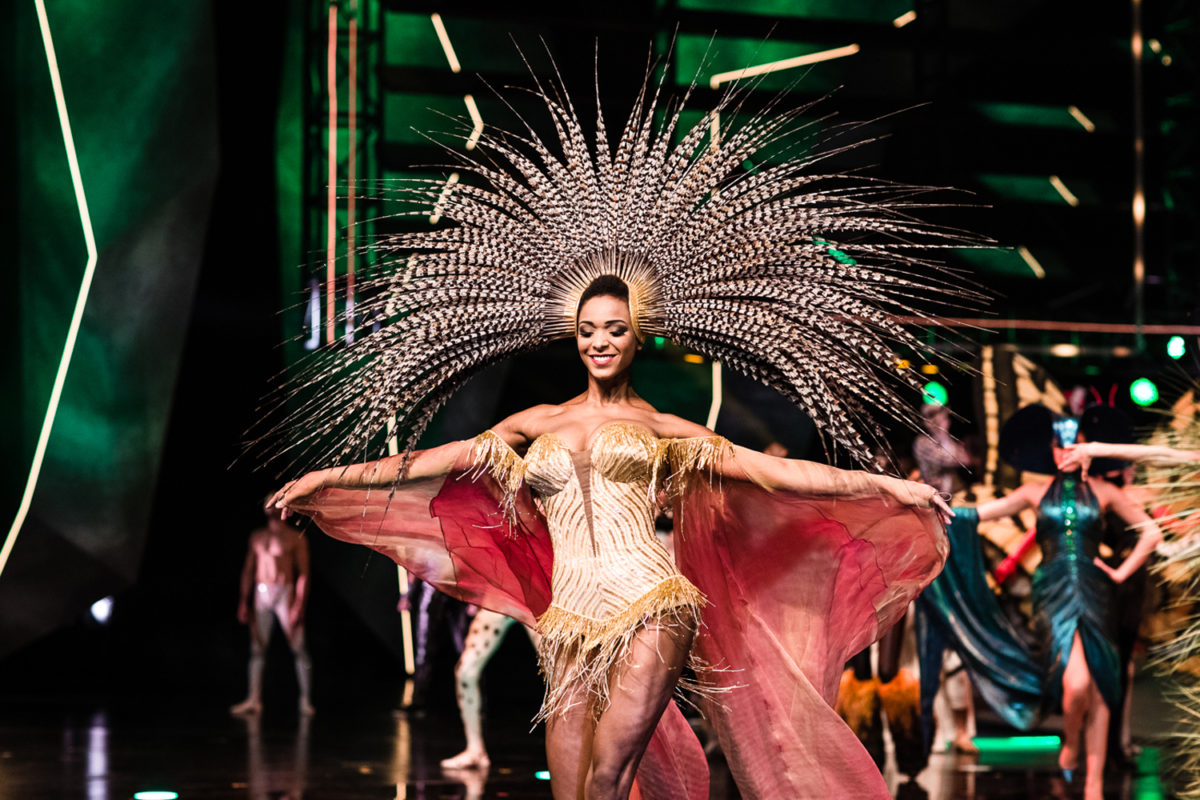 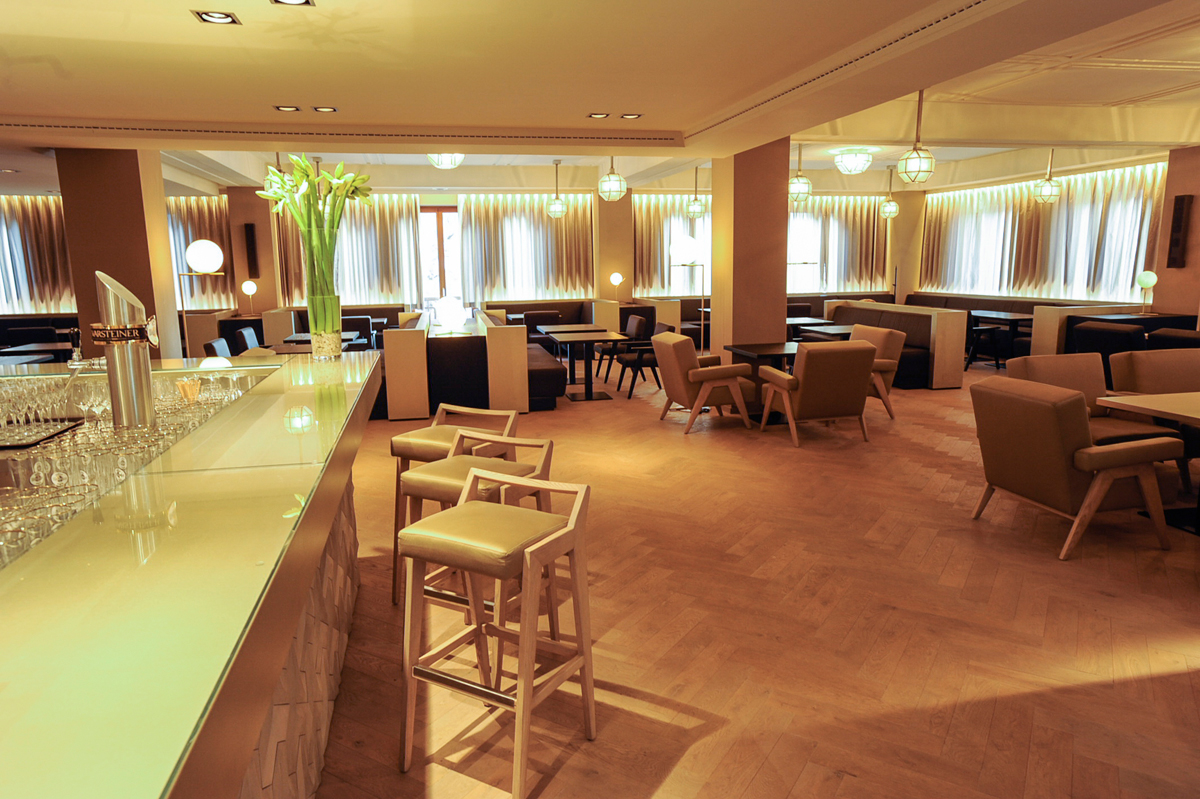 If you are out in the evening enjoying Berlin’s spectacular nightlife and you want to make the most of the city’s wide range of entertainment options, you cannot but check out one of the German capital’s iconic entertainment institutions: the Friedrichstadt-Palast. Right downtown in Mitte, close to the Oranienburger Straße and easily accessible by suburban train (Friedrichstraße, Oranienburger Tor), this famous revue theater stages spectacular shows that delight both the young and the young at heart.

Extravagant revues with dozens of exotic dancers, cute children’s musicals, spectacular concerts of classical and popular music with international high caliber performers, as well as many other cultural events in the field of fashion and even politics – all of this the Friedrichstadt-Palast has to offer. Here you can enjoy a fun family show or witness a breathtaking world premiere. The Berlin entertainment institution often serves as the prime site for internationally renowned artists, who for the first time present their theater and music productions to a large audience. In the past, these visiting artists and performers have included Louis Armstrong, Charles Aznavour, as well as the ballet of the Bolshoi Theater. Housing the largest children and youth ensemble in Germany, the Friedrichstadt-Palast also stages elaborate theater productions specifically catered to younger audiences. If you like to enjoy the versatile entertainment program of the Friedrichstadt-Palast in a particularly comfortable fashion you can book VIP seats with extra legroom and a complementary anti-alcoholic drink. If you are a fan of the ultimate upscale entertainment experience you should book a seat in the Wall Sky Lounge. There you will not only get free meals with drinks and snacks for the whole evening. You also have a great (over-) view of what is happening in the hall and on stage. More information on discounts and special offers for young and older visitors can be found on the website of the Friedrichstadt-Palast.

The Friedrichstadt-Palast, whose name goes back to a neighboring building with a long circus and theater tradition, was founded in 1984 as a revue theater. Today, the 1895-seat show venue is one of the largest and most important in Europe in this specific genre. Characteristic for the Friedrichstadt-Palast and its revue program is the traditional “girl-line.”Other entertainment options available at the Friedrichstadt-Palast includes the Quatsch Comedy Club, which brings Germany’s best comedians to the capital. If you want to combine the spectacular revue evening with an exclusive dinner you should check out the Zenkichi restaurant, which offers the best and authentic Japanese cuisine just around the corner on Johannisstraße.

The Friedrichstadt-Palast is one of Berlin’s prime entertainment locations. Its spectacular shows are an absolute must-see for every visitor or long-established resident of the German capital. Jump in and enjoy! 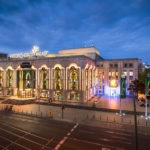 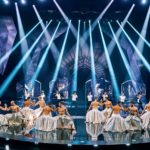 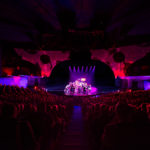 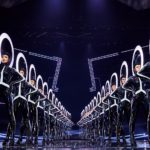 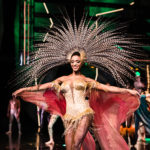 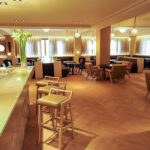