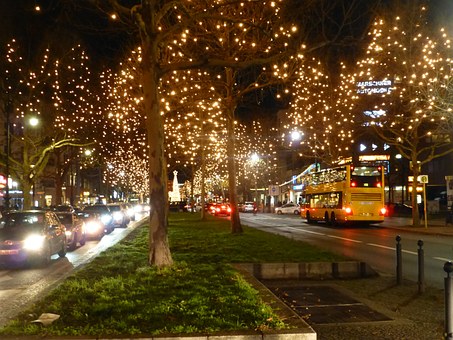 The 3.5-kilometer-long Kurfürstendamm stretches from Breitscheidplatz to Halensee in the district of Charlottenburg-Wilmersdorf. Next to Unter den Linden it is Berlin’s most famous boulevard.

The Kudamm, as it is called in the Berlin vernacular, shows two faces. Large department stores such as the Bikini Berlin, KaDeWe or the Europacenter line up around the Kaiser-Wilhelm-Gedächtniskirche. This section of the Kurfürstendamm is particularly popular with tourists and a large number of people.

If one moves in the direction of Halensee or turns left and right into the quiet side streets, one discovers a second facet of the Kurfürstendamm. In addition to luxury boutiques, doctors’ surgeries and law firms have settled in the chic old buildings along the street. Everything that has a reputation is represented here, you like to show what you have.

What is still remarkable is that old and new architecture meet almost seamlessly at Kurfürstendamm. On the one hand, the 118-metre-high building towers zoo windows out of the Kudamm and on the other hand, listed buildings such as Cumberland on Bleibtreustraße can still be visited.

One of Berlin’s landmarks, Berliners and tourists alike romp about here. If you can’t find what you’re looking for, don’t look any further. Nearly every kind of shop is represented here. 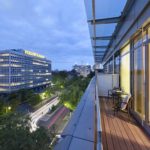 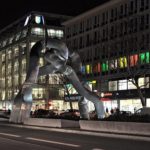 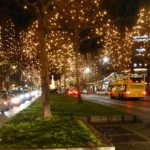